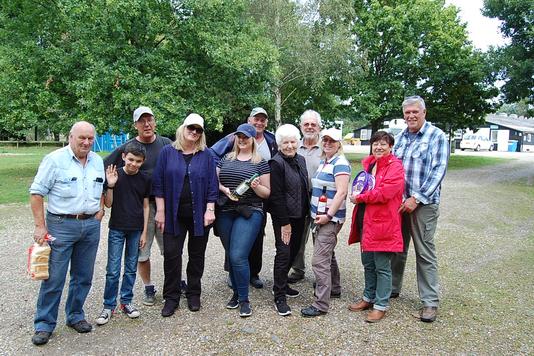 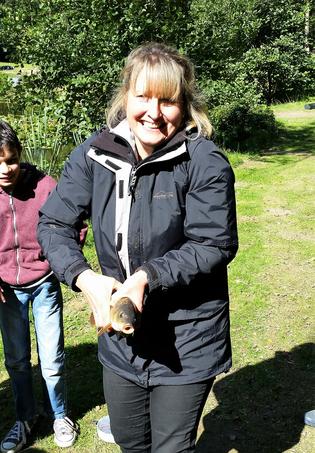 New Venue for the Lads & Ladies

The day after the opening day of the second test against India was washed out at Lords, we held the annual Dads and Lads contest at Morehouse Farm.Canal Lake proved to be a prolific venue for those making the journey and left the majority impressed. However with only one lady present, the Ladies Cup had to be postponed. But it was 12-year-old Hsiaolan Grandison-Grant who put in the performance of the day. Drawn at peg 8, pole and either corn or meat over pellets gave her 34-8-0 of carp to 6 lb, a great weight in three hours fishing. Adult partner and guest John Brice who stepped in late on to make the event viable had moments earlier scored 35-0-0 at peg 7 but in reality should have been called at 34-12-0 ensured Hsiaolan easily lifted the trophy. The 12-year-old took home the super bag of tackle and bait courtesy of Dave Harper and Biggin Hill Angling.

Delays setting up and helping unpaired Fabian Walcott saw Dave Harper at peg 5 struggle, his first fish snapping him up despite black hydro. A 10 lb contribution scarcely helped partner 13-year-old Gabriel Collins at peg 6 who had 25-0-0, Fabian’s lack of preparation putting him last with 5-12-0.

Fishery owner Rob Harman donated the water for the day and provided nets as well as helped at the weigh in and made it clear future junior matches would be welcomed. Thanks Rob!

Such a great fishery for this type of event, but unfortunately, the ladies and lads found Maze Lake to be in particularly dour mood. In the light of the experience from the successful Veterans match a few weeks previously, it was decided to try to peg swims with lillies which previously produced best. The fish seemed to have other ideas.

Anita Oliver was pegged on the car park bank and thought her three small bream plus a few bits weighing just 3lb 4oz was never going to be enough to retain her crown, but it actually was and shows how poorly the lake fished. Mary Jamieson was on the far side and came 2nd again, after picking up a number of small roach and perch for 1lb 6oz. Terri McNally admitted that despite practising during the week, she continues to struggle on this lake and could manage only 3oz (mostly small stuff).

The lads struggled similarly with Gabriel Collins ably assisted by Dave Harper amassing 1lb 3oz from the top of the inside bank to take the honours in the Dad's and Lad's, whilst Ryan and Alphonsus Duffy did manage to hook several decent carp but lost every one of them in the lillies. You know it isn't your day when Ryan finally managed to land a reasonable bream which promptly flipped out of his hands as he went to put it in the net, leaving just 14oz  to weigh in for 2nd.

Enjoyable as always, but let's hope next year we can try a different lake that might produce a few more bites. 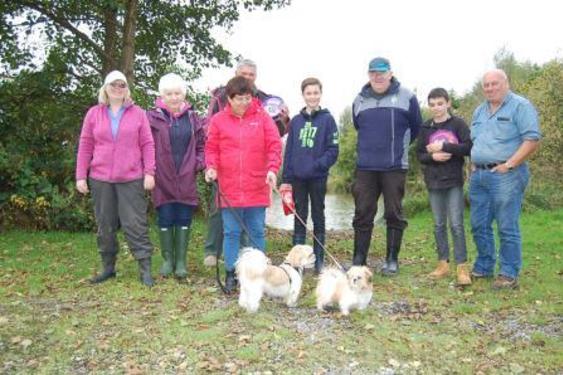 A very pleasant morning welcomed the entrants to this year's event and it was great to see a couple of new faces amongst the ladies. With six fishing, it was decided to they could choose pegs and put two on each of the three lakes.

Anita Oliver chose the top end of the middle lake where there were some tempting marginal reeds, but was worried when nowhere within pole range could she find anything deeper than 8". Nevertheless, she did manage a succession of small roach and carp with the odd larger one in the mix to take the ladies trophy with 10lb 12oz. Mary Jamieson was also on the middle lake on the far side, and managed a similar net for 2nd wth 7lb exactly.

Mother and daughter, Barbara and Emily Biles were on their first ever attempt at fishing and not only did they thoroughly enjoy the experience, they both did really well.  Pegged on the first peg on the top lake, Emily was a close 3rd with 6lb 4oz including at least one reasonable carp and Mum Barbara (mentored by Bobby Stone) on the far side was 4th with 2lb 8oz.

Reigning champion Terri McNally was on an inviting looking swim on the bottom lake, but found it a bit of a struggle this year in the shallow water and could manage only 1lb 8oz.

Ryan and Alphonsus Duffy were sadly again the only entrant in the Dad and Lad competition, but also pegged on the difficult bottom lake did manage a very creditable 2lb 3oz.

A beautiful late Summer morning seemed to bode well for some good catches for the ladies and lads match, but someone forgot to tell the fish! A week of cold rain seemed to have really put them off their game and the usually prolific small carp just didn't want to know.

Terri McNally however reached for her trusty waggler which enabled her to search around for the odd fish that were feeding and whilst finding only half a dozen, they were slightly larger than the average stamp and more than enough for a comfortable win. It was pretty close amongst the also-rans however, with Laraine Hilton on her fishing debut and coached by Craig Winchester winkling our a few smaller carp for 3lb 1oz, just ahead of defending champion Anita Evans on 3lb exactly. Mary Jamieson completed the field with 2lb 1oz.

Disappointingly, Ryan Duffy with Grandad Alphonsus was the only entrant for the Dads and Lads and despite snaring a decent carp first put in, struggled for the rest of the match but nevertheless weighed in a creditable 2lb 13oz on what was a tough but very enjoyable day. 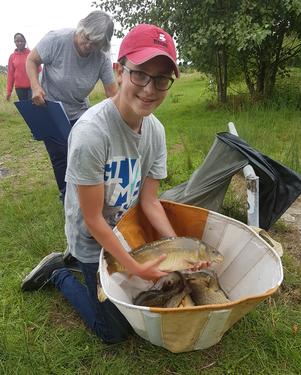 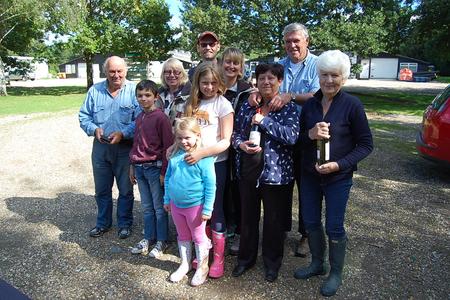 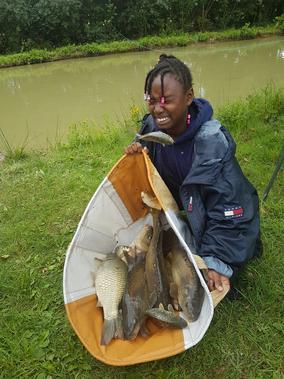 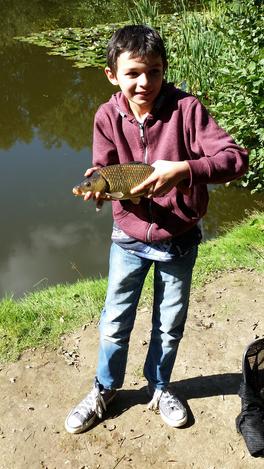 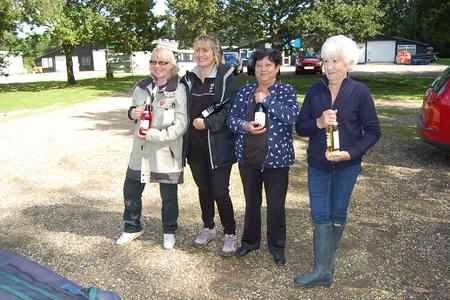 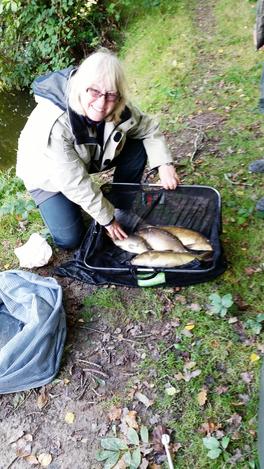