Although a record number of invitations went out to fish this year's event at Maze Lake, Beaver Farm, we finished up with eight hardy souls. The Covid epidemic has had a real impact upon people’s lives with many working a ridiculous 7 days a week with order books until well into 2022. Others were on holiday and that allowed there to be a new winner.

Unlike last year that was a scorcher, it was considerably cooler with one or two heavy showers. We elected to have a walk off with the main car park bank snapped up by the first four, two on the far bank and two on the finger. Tony Bartholemew has not fished Beaver before but he will definitely be back after romping to victory using pole and corn over liquidised corn or pole and worm over groundbait at 8 and 13 metres, landing 41-12-0 of mostly bream. David Horsley on the far car park alternated between waggler and pole tactics to land 14-8-0 of F1s and bream whilst John Collier on the car park bank clinching third with 10-10-0.

There was some drama for past President Len Tutt whose car refused to start after the match. David Adby and Dave Harper remained behind to assist the RAC to the venue and the new battery plus re-programming the car’s electronics was completed before the automatic gates locked everyone in for the night!

It was a special day this year being the 70th anniversary Veterans match and everything came together beautifully with the turnout, weather, venue and not least, even the fishing. No less than 14 old members, some coming from far and wide, made the effort to attend this special event and were very pleased they did. No all managed to weigh-in but there were some very good weights from those that did. Very well done to Paul Dench on his resounding victory. 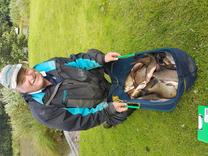 From our Cub reporter Dave Harper

Thank you so much to those of you came to fish on Friday at Beaver Farm on what was probably the hottest day to be out.
We were lucky that the senior bailiff of Beaver Farm Andy allowed the match to go ahead on condition that we weighed in at the break if anyone was seriously bagging.

For the record, the match was won by Adrian Marshall who was on the Committee back in the early 80s as junior rep. He cleaned up from peg 12 on one of the fingers, pole and worm sorted out 28-12-0 of F1 carp, carp and bream and £60.

Sadly I suffered heat exhaustion and so couldn’t follow the scales – thanks are due to John Palmer for organising the draw and as he had to leave early, Scott and Jerry on the scales. The cold beers went down well and it was a nice event. Roll on 2021! 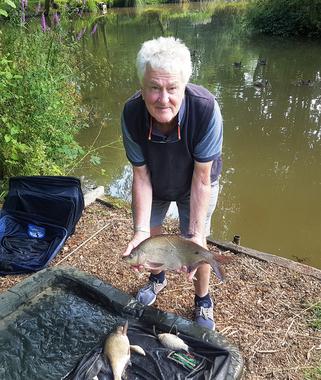 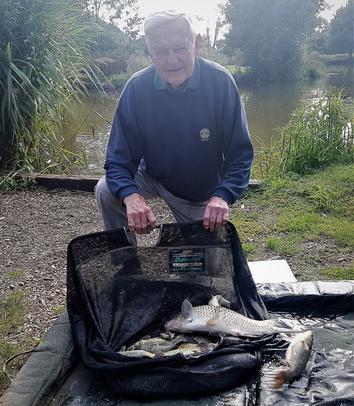 The Vets Match was held on Maze Lake, Beaver Farm yesterday and saw just six turn up – Dave Horsley getting his dates mixed up!

Four were on the car park bank whilst David Adby and Dave Harper were drawn on the shady side bank. There was hardly any wind but the water seemed to tow one way and then the other.

Mr Harper at peg 5 caught first with a small F1 nestling in the net within five minutes but it was a false dawn for him as he had to resort to single red maggot for bites to finish with 4-4-0. Meanwhile his neighbour David Adby at peg 6 opted for feeder tactics for much of the match to finish with 10-0-0 and third spot.

On the car park bank John Collier at peg 1 had a fair morning but the lunch break saw the fish move off but his 10-12-0 was good enough for second. Ex President Len Tutt was at the next peg where Palmer got beaten in the final seconds in 2018. He fished a small waggler with various baits for 14-15-0 and a clear win.

Alan Richards included a good bream in his net of 8-4-0 from peg 4 but was edged out by Maureen Collier at peg 3 who managed 9-0-0 in a very close contest.

On a very warm and sunny day, the Veterans spread themselves over the three lakes at Barnes Court where W&DAS President, Len Tutt won the day in a very close contest. WELL DONE LEN!

Eight ‘Old Boys’ out for this annual event and all had a great day.

Here are the results of our little competition.

There we have it, Dave Harper won the Veteran’s trophy this time.